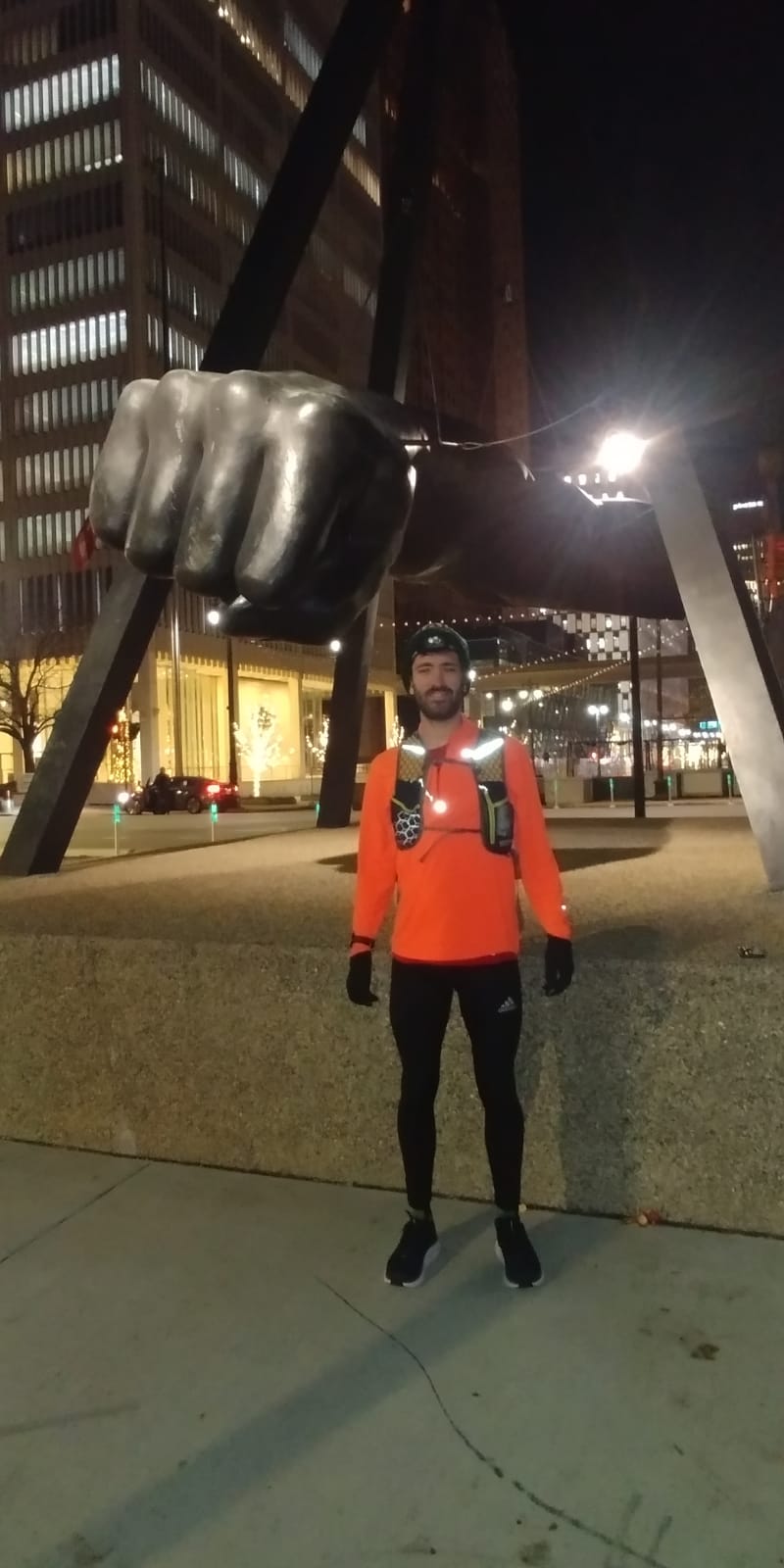 As much as I want this to be a Dave Skylark worthy Tell-All, I just don’t think anything I do will reach that level of notoriety.

Regardless, I’m here to share my experiences and the knowledge acquired through my 70 hours of insanity across Michigan. I’ve had a running joke that I want to get an fMRI scan to look at the signals coming from the decision making aspect of my brain.

It’s not a lack of fear of pain, this task had been daunting over me for months before I attempted it. I’m not an adrenaline junky, searching for that elusive point where pushing your limits becomes something of a high that one can never seem to attain. No, I simply saw something that I wholeheartedly wasn’t sure I could accomplish but was intuitively curious about. The only way to actually find out was to do it.

We drove to Detroit Friday night, and stayed right downtown a couple blocks away from where I intended to start the journey. Detroit in and of itself was a special starting place as both my parents were raised in the Detroit area, on top of it being a universal symbol of the absolute grinder mentality in combination with perseverance in hard times.

I had my whole kit and nutrition laid out for the 5am starting time. Included in nutrition was probably 20 clif bars, 10 packets of Honey Stinger gummies, 5 Gu gels, 20 Gu waffles, 4 separate bags/containers of nut mixes ranging from a classic trail mix to straight honey roasted peanuts. This was topped off with about 3 pounds worth of beef jerky associated meats.

Arising at 4:15am is never as glamorous as it might sound, but this just means that the first 10 miles flow easily in this twilight half conscious state. Official start time ended up being 5:06a, and I was graciously joined by my former teammate Nathan Kuck for the first 50k. The key to life is finding friends who will run 31 miles with you on any given morning just for the hell of it.

For most of the first day I was meeting my support crew (Mom/Dad) every 10 miles to exchange bottles and coffee Clif Bars. Side note but Caramel Macchiato and Dark Chocolate Mocha are absolutely slept on. I had a few other encounters on that first day, including extended family around the Detroit area, my high school coach, and other friends along the way.

Not sure if my high school coach was simply morally obligated on the premise that this whole thing was to raise $5,000 for his program, but either way I appreciated the company.

Upon reaching 50 mile my legs were a little toast, and I had definitely performed the ultra runner cardinal sin of going out way too fast, despite it being agonizingly slow under normal circumstances. You see, after everything I went through, I have 1 bit of advice for events lasting 179 miles.

Take how fast you think you can run for this, slow down considerably, and once you reach that point, go even slower. The last thing you want is a 20 hour day 3 where a 15 minute mile is now equivalent to the sub 4:00 barrier.

Day 1 ended at 75 miles in the middle of Lord knows where Michigan, some couple miles east of Lansing. Under normal circumstances I wouldn’t be caught dead hanging around East Lansing, but 75 miles really clouds up one’s judgement.