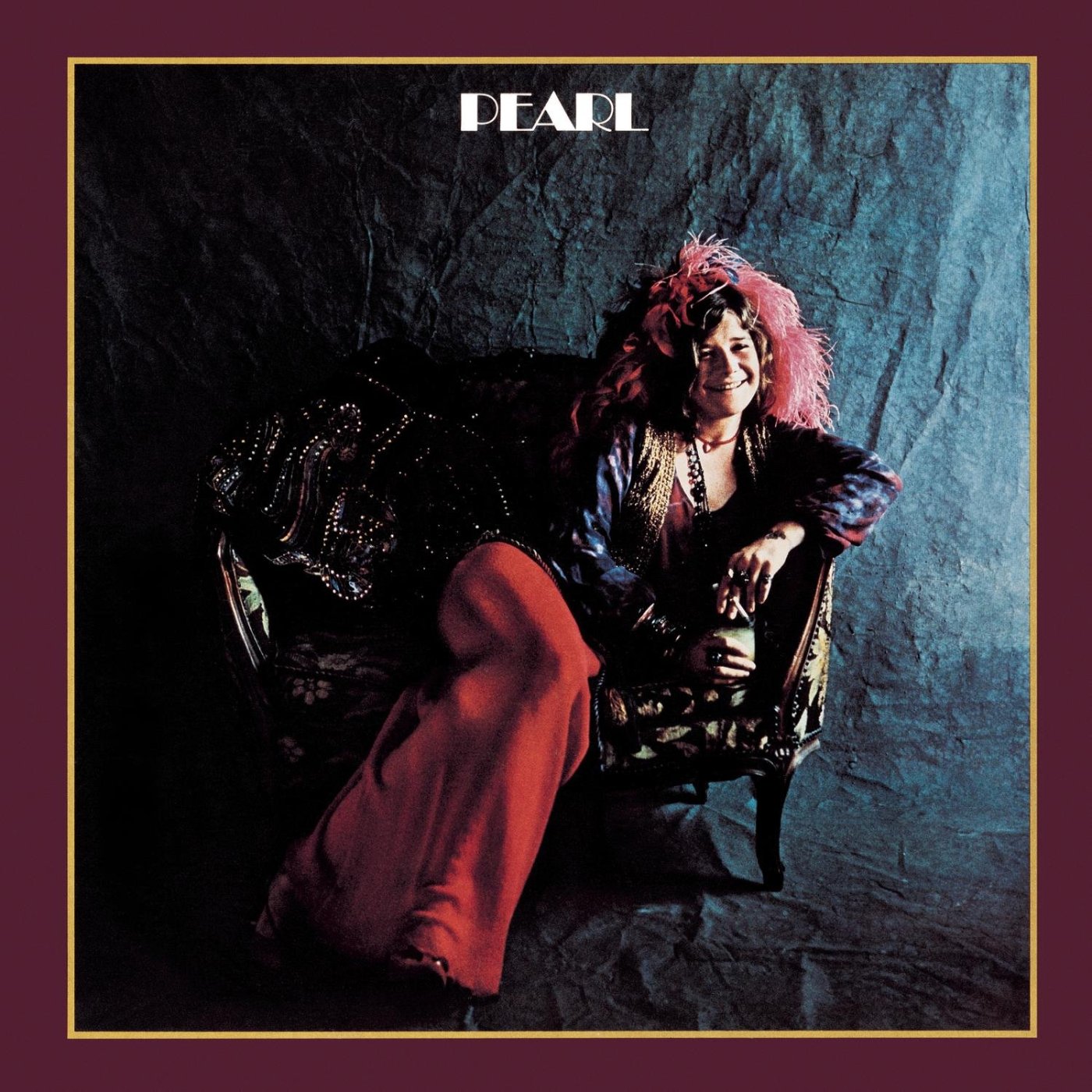 Janis Joplin was a unique talent. Few voices have been as iconic as hers and it is not by accident that 50 years after her death her music continues to be beloved by old fans and discovered by new ones. Having only released 2 solo albums before coming to an early demise, famously, at the age of 27, Ms. Joplin made her time with us count. Today’s album, released posthumously as her final album, is as fine a collection of blues-rock cuts as anyone could ask for. A delightful listening experience, a timeless showcase of an incredible talent, and a huge question mark as to how great a career we could’ve seen, is Pearl by the incomparable Janis Joplin.

Paul A. Rothchild, a producer best known for his work with the group of a fellow member of the 27 club, The Doors, worked closely with Joplin on her final album and helped to make it far more polished than any of her prior work. Rothchild would describe young Janis as “a producer’s dream” and, reportedly, her vision was not absolute. Her creative collaborations with the experienced producer resulted in an album that is fun, smooth, relistenable, and captures the essence and power of the voice for which Joplin was famous. This collaborative mindset would spill over into writing as well as Janis would be solely responsible for writing 2 of the album’s 10 tracks while the remaining 8 were either written largely by dedicated songwriters, or a cover of Kris Kristofferson’s “Me and Bobby McGee”. Sonically, Pearl is hard to place in one genre, at moments feeling as much soul as country, as much blues as funk, and as much rock as R&B. Janis’ control over the feel of a song and the tones of her voice propel each and every moment of the album and never does she allow us to see the seams in the songwriting or allow the songs’ unique blend of styles feel wrong. The only song on the album without Joplin’s vocals is “Buried Alive in Blues” which was written as a backing track for Joplin, but was not recorded over before her passing. Nick Gravenites, the song’s writer, was offered the opportunity to sing on the song in honor of the late Joplin, but didn’t feel that he could do her justice. I don’t blame him one bit. The song was left on the final album as an instrumental, ending the first side of the record. Considering now the song’s title and Joplin’s absence, it is a sobering song.

Let’s talk about Janis Joplin’s voice. What fascinates me about Janis Joplin is how clearly flawed her vocals are, and how much people love her despite, or maybe because of, that simple fact. Her voice is not smooth and beautiful like many female vocalists, rather, it has an edge to it. She is sharp and expressive, not containing beauty in the conventional sense, but just as powerful and, more importantly, as distinctly human, as anybody’s voice. She sang with as much charisma as vulnerability and her work, whether or not she knew it, opened doors for not just women in rock, but rock and roll vocalists of every kind. Her influence can be most distinctly felt in singers with similarly high and rough voices like Led Zeppelin’s Robert Plant and Rush’s Geddy Lee. Whether accompanying the Full Tilt Boogie Band or completely a cappella, as is the case in “Mercedes-Benz”, Janis Joplin’s voice shines, and although she was taken from this world before this album would hit the shelves, her work in it still shines 50 years later, and will continue to shine for a long time to come.

Janis Joplin’s voice wasn’t perfect, but the imperfections were what made it special. Her life was short and her discography is slim, but her ability was towering. Thank you for reading, Rest in Peace to the great Janis Joplin.