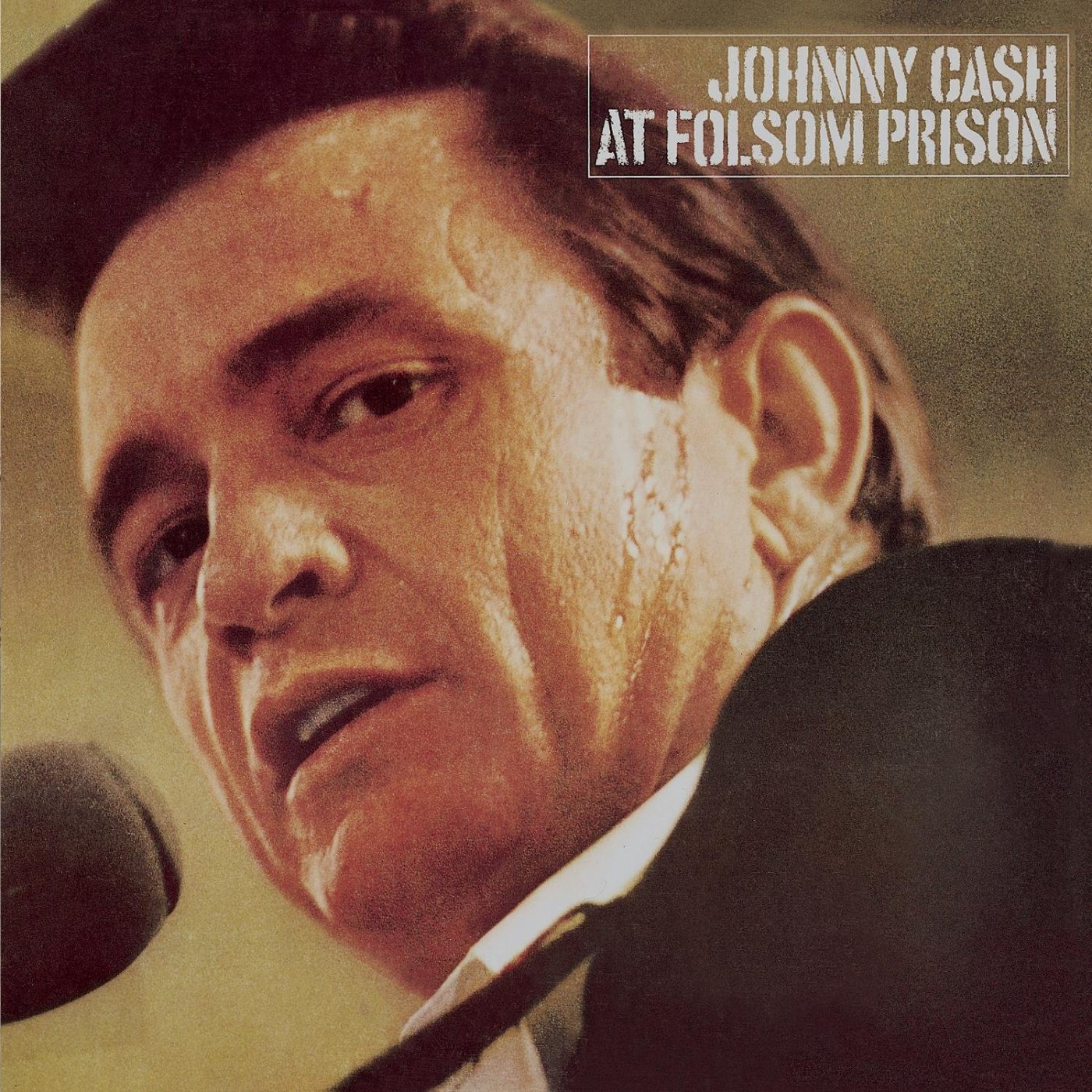 We kick off our road trip with a stop at a prison in Sacramento Country CA, which is not the way that you might usually want to start a vacation. This album is probably the purest example of this week’s theme in that it is about a place, inspired by the same place, and consists of recordings from 2 live shows, both at the aforementioned location. The man in black, Johnny Cash, famously fought for prison reform and, although he didn’t necessarily encourage breaking the law, he did have a lot of sympathy for those spending their lives behind bars. Years before he would stand before the supreme court regarding prison reform Mr. Cash would record and release a live album from a prison in California. That album would be released in 1968 as At Folsom Prison, and, to this day, is still one of the greatest country albums and one of the greatest live albums ever released.

I can already hear my die-hard country fan friends challenging me on that. “What makes it so good?” they might say, and that’s a totally fair question. It sure isn’t the mindless fun kind of studio formulated country which works so well on a summer afternoon. It isn’t as easy to listen to or pleasing to the ears as the works of Kenny Chesney or Taylor Swift, but it’s a hell of a lot deeper. The beauty of this live album is that the music is elevated by the fact that it’s performed live. The songs are carefully curated to be performed for men who are confined by the grey bricks of Folsom prison, some of them are even about those men and one song that Cash performs was written by a man in the prison. He interacts with the audience and they interact with him. He makes them laugh and vice versa, there are cheers and celebration at certain lines such as the grim “I shot a man in Reno just to watch him die”, and total enraptured silence in emotional tracks like “Send a Picture of Mother”. The music on this record is not for us, it was for the men in Folsom and nobody else, we just get the privilege of getting a way to experience that show years later. You can’t quite put yourself in the shoes of an inmate when listening to the album, and you certainly can’t put yourself in Cash’s shoe either. The only way to watch this album is as a neutral third party, without judgement, just observing what’s happening before you.

Over the 45 minute runtime of At Folsom Prison Cash offers a moment of enjoyment and reflection to a group of men spending their lives behind bars. He jokes, he connects with them, the is very sullen and serious at times, and offers faith and spirituality to the men before him over the span of only 45 minutes. It’s a raw experience the likes of which we rarely get out of music anymore. Part of the power of the performance is that Johnny Cash is more of a storyteller than a musician at his core, and a pure, real presentation of his musical stories makes them feel far more intimate and genuine than one could accomplish in a studio. Whether it’s the purely funny “Dirty Old Egg Suckin’ Dog” or the traditional folk song “Long Black Veil” Cash is able to make the song more than a song in a way geared towards the men at Folsom. Hands down Johnny Cash’s energy and aura, if you will, win this album. From the very beginning of the record, with the now iconic “Hello, I’m Johnny Cash”, you know that you’re in for something special.

From here things get a little bit less grim on our road trip, but I’m telling you now, we’re going to explore all kinds of different places and feelings this week. I think that this is a good place to start, I’m excited to listen to this record again, and I hope you like it too.