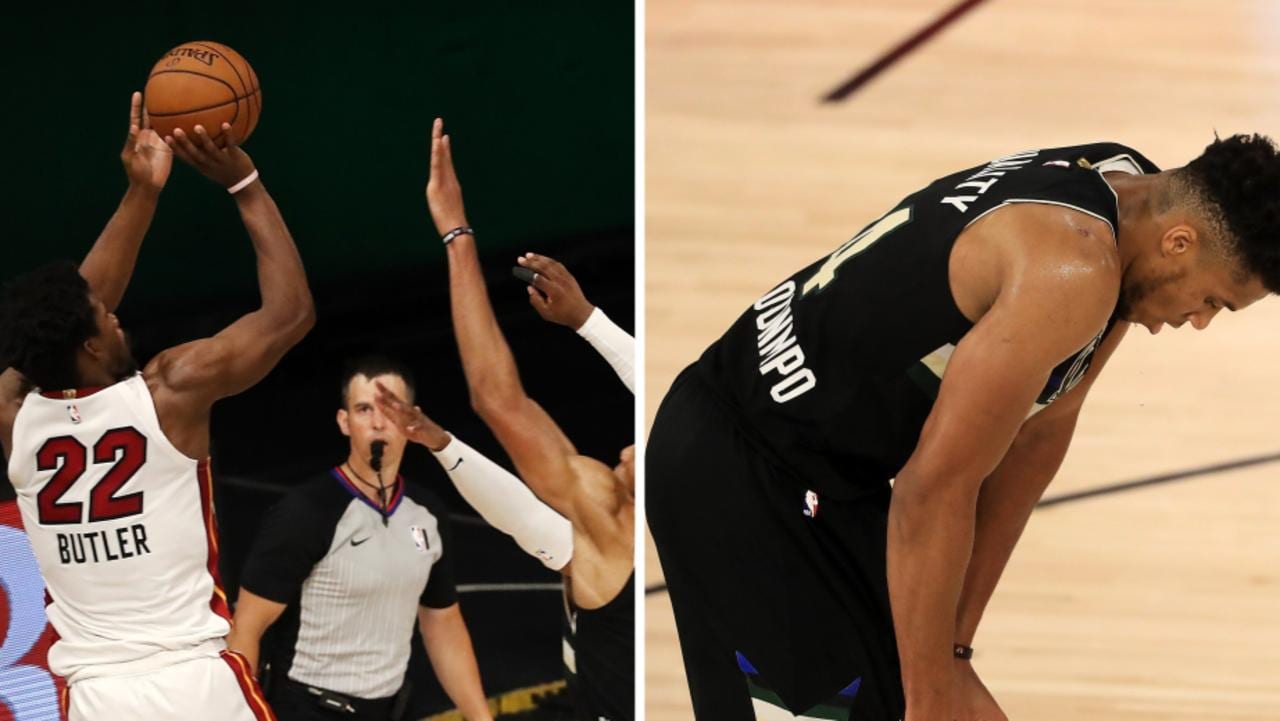 Last night the Bucks were officially eliminated from the playoffs by the Miami Heat. Sure, they might have been without Giannis last night, but down 3-1 in series that they were getting absolutely throttled in, they stood no chance with or without him.

And the sad reality is, I don’t think they stand much of a chance for the foreseeable future either. Giannis is a generational talent, but at this point in his career, he just can’t carry a team without 1-2 other star players to go along with him. And no, Khris Middleton isn’t going to cut it.

The trendy thing to do the past few days has been to lambast the Bucks organization for refusing to re-sign Malcolm Brogdon this off-season and for good reason; Brodgon was the second most important player on their roster besides Giannis and the fact that the Bucks were unwilling to pay a upper-middle-tier contract on the brink of a championship chasing season should be all Giannis needs to see to know that he needs to get the FUCK out of there ASAP.

This reeks of the 2005-2009 Cleveland Cavaliers Organization that refused to try and get LeBron help, when he desperately needed it. Giannis is about to fall into that same trap, but it can be prevented. He just needs to put his big boy pants on and tell the Bucks to “fuck off, sincerely.” Not only did they already fuck him over by letting Brogdon walk, but they fired Jason Kidd a few years ago despite Giannis advising against it.

Take a hint man, they don’t appreciate you and if you don’t FORCE A TRADE NOW, they are going to waste at-least another year of your prime. Imagine if we could have told LeBron to leave Cleveland for Miami in 2007, instead of 2010. Most likely, he would have added another title to his resume and Giannis could do the same.

And what’s funny is Miami seems to be emerging as the top destination for Giannis to land next summer, when his contract expires with the Bucks. If I’m him, I’m counting down the days until I get to board that flight and leave the midwest for Miami Beach and if you think for one second I’m going to feel bad for the fans of the Bucks, then you’re dillusuional.

Giannis owes nothing to that city or that franchise, he has already given them some of the best years in franchise history and it’s not his fault no free agents are going to want to come to the Cheese State and even if did lure someone there, the Bucks wouldn’t pay them anyway. But what ever happened to loyalty?

Get out of here with that shit. Are you honestly telling me that if you were an NBA superstar that you would want to waste your career spinning your tires in Milwaukee? When Miami is offering you a max contract? No chance.

I’ve never understood the “loyalty” argument for players to stay with the team they were drafted by. I don’t care what they did in the 80’s, they were idiots back then… If you aren’t looking for the best place for you to excel both on and off the basketball court, then you are a complete idiot. You aren’t a slave, you don’t owe anything to these franchises that drafted you. And you can bet your ass that if you weren’t any good, they’d be the first one looking to trade you off to Detroit (1).

So if I’m Giannis, I’m taking this year to explore my options and then packing my bags this offseason for Miami. There is nothing that should keep him in Milwaukee, I don’t care if they have the best cheeseballs in the world or if he could be the mayor there one day. It’s Milwaukee. They aren’t the smart basketball play or the smart off the court play either. I know it’s going to hurt, but it’s time to upgrade from Chris Middleton and Pat Connaughton to Jimmy Butler and Goran Dragic.

As sad as it may be, this is the future of the NBA, long gone are the days of loyalty and superstars playing outside of a big-market city. Who knows, Giannis could be the last of a dying breed that values loyalty over literally everything else, but if I’m him, I’m getting the fuck out of Milwaukee as soon as I can, and I’m not feeling sorry at all for the Bucks. They did this to themselves.