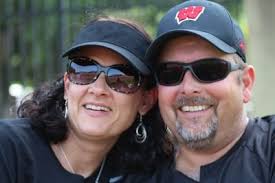 A special day as my Pops celebrates his BDay!

Another great friend of mine Josh Richardson who is an avid supporter and has some awesome photos with me turns another year older today!

After some ideal and deserving shout-outs, there has been news that the NCAA is going to keep fall championships the same as of right now according to The Stride Report.

Which is certainly exciting news as now there seems to be hope that a cross-country season is actually returning and runners everywhere can have something to look forward to!

Purely in entertainment, I have discovered a new show thanks to roommate and former teammate Oliver Hoare.

F is for Family is a Netflix original and it is hilarious. A little bit rated R, however this is a show with some great plot, some hilarious lines and some great characters and the voices of them.

Comedian Bill Burr is electric and his oldest son Kevin is voiced by Justin Long (who I know as Justin from Dodgeball) and it all fits well!

I have also begun watching some running type of videos on YouTube as I was extremely bored at the golf course during some rain.

After watching many clips of former world championship and NCAA championship races from stages all over the time line of races being watched and recorded, I stumbled upon some familiar names and found enjoyment from some simple videos.

Ben Crawford is a great photographer and is great for collegiate and high school running.

He also now seems to be a blossoming “Vlog Artist” with the use of mainly Cooper Teare (high level All-American at the University of Oregon) they have some fun videos with guys being dudes and running hard!

I can appreciate all of this and they are well made and put together too.

The YouTube trend has occurred since brother Ben and friend Duncan left Madison on Sunday, but they were right with me for the enjoyment of F is for Family!

After a weekend of fitness after fitness between throwing a baseball, a frisbee, running, ping pong, biking, and core sessions, I was both exhausted and sad when the fellas hopped in the car and high tailed it back to Michigan.

In getting over a hamstring strain injury that I have been unfortunately struggling with for about a month, I am very hopeful that this weekend is my slow return to running and that the biking and other forms of exercise I have partaken in have helped to maintain some of my shape.

That is just one of those things with running, sometimes it doesn’t go perfect, but for now, we hope and try to shift focus towards fall training!

Stay safe out there, stay healthy, support your black friends and other friends who need support or just some one to listen to them through this needed movement in America.

Be some one who helps make a change, not being racist is not enough.