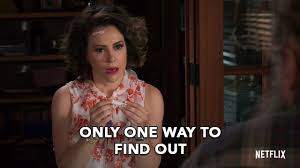 As I hoped earlier this week, I completed 200 miles biking this week. According to Strava and Garmin Connect, 204.4 to be exact at this moment!

Even making a delivery to Oregon, Wisconsin (shout-out to Brian Vasey for the support and being patient with my not some timely delivery) of a hat and checking out some new places (about a 33 mile ride)!

My Trek FX2 Hybrid was great for me this week and we spent some quality time together on country roads, bike paths, neighborhoods, and just about anywhere possible!

This wasn’t even the craziest part of my week though…

I could choose a couple of different things that were out of the ordinary, but that’s just what makes me enjoy life. Spontaneous and on the edge!

I will start with the fact that great friend of mine and a multiple time guest on the podcast Morgan McDonald has announced that he will be moving out of Madison soon and begin training with the Bosshard group.

Now while this wasn’t a shock to me, it still hits me in my feels as Morgan is an awesome guy and not having him, live a 5 minute walk away will be very different…

I think it is a great change for his career and he will always have my support, hopefully he has a small .01% chunk of his heart that remembers the little guys like me!

Moving over to at the golf course, one of our staff members will be starting a new opportunity working for Sony for the summer, so while it is awesome for him, it means more hours for me (both good and bad).

Between figuring out my schedule and moving pieces around constantly, I was fortunate enough to have a visitor over Memorial Day weekend!

Austin Mahoney a Corunna grad came and visited me and we had quite the time!

I probably slept 10 hours the first 2 days he was here, worked 2 opener shifts at the course, and we managed to watch Caddyhack and play some golf within that too (it is all about forcing the issue lol).

We even managed to break Olin Hacker’s handlebars into 2 pieces (sorry Olin).

Austin stood up to embrace a change from street to side walk and somehow the pressure just snapped the left side of the handlebar right off. How he didn’t crash as we were going downhill, I will never know, but everyone was somehow safe.

That led to a replacement with spare parts and old cruddy bikes of Olin’s handlebars while he was away on family vacation (dodged a bullet?- and yes I told him).

After Austin headed back to work on Monday, a new plan began unraveling, help a family member move in!

This plan involved Co-Scrambler (Ben Jacobs), Training with Tim-Tim (AKA Cousin Tom, AKA Tom Carvill), and legendary listener Brian Carvill (AKA ELCNU NAIRB)! Now we get ready to move toward Appleton, Wisconsin!

Ben and Tom will be coming from Michigan on Friday, bringing some mugs, and too many snacks from grandparents for both myself and those guys to have during the trip (the unsung heroes are always the grandparents and they always buy the best snacks)!

This leaves me on Friday closing the shop at the golf course, getting on the road for Appleton around 8:25 PM and making the trip up to Appleton (not too bad, about an hour and 50 minutes).

Beat Ben and Tom there, try to find this apartment at a sort of confusing complex that I’ve never been too, go inside, and eat some leftover pizza (pizza pizza!)!

Try to plan out the next day as our biggest use will be for setting up a couch bed (I may never buy one of those things my goodness) and we hit the hay rather late.

I get up, go out and do a little bike by the Appleton airport to make sure I can still hit my 200 miles for the week, and get back. Now- BOOM!

Moving stuff, holding stuff, screwing stuff, dropping stuff, flipping stuff, after not too long, we successfully set up the pull-out couch without breaking anything!

Now we maneuver a few things and figure out a brunch plan (arguably the best spontaneous meal) and just wind down!

Not for long though, after we go pick up brunch (safely and sanitizinngly) and eat, I have a clock ticking, because now it is 11:30 and I work again in 2.5 hours back in Madison.

Ben hops in my Jeep Compass with me, and we start sailing on back to MadTown!

Along the way, teammate Rowen Ellenberg is headed to Madison as well, and we happen to pull up behind him about 25 miles into the trip.

We trade off pulling and drafting and making a game of it (safely of course) and then I decide to make a wrong turn (don’t let me fool you, I was laughing it up in the wrong lane when I had to merge elsewhere, classic dumb move).

Now I have to play catch up (and eventually do) to get back to Rowen. We make it back to Madison around 1:45ish and I work at 2…

I help move some stuff in from the car, get Ben settled in, and hop on the bike already late to get to work.

Show up to work nice and sweaty, work a heck of a shift (possible all-star candidate if he keeps on playing at this level) and pass a test to get my operators license to be able to sell beer (sick bro)!

Now we move forward to a big week with brochacho in Madison and the planning of another guest (my guy Duncan Gillet, whose epic on the bike when you are running a little workout in Corunna) for the next weekend!

What the heck am I going to do next week to try and feed the need for speed (or just keep me busy) and to entertain Ben?

Only one way to find out!

All in all, one HELLUVA week my way!

One day at a time folks! Keep getting better! Grind on! Make the days count!