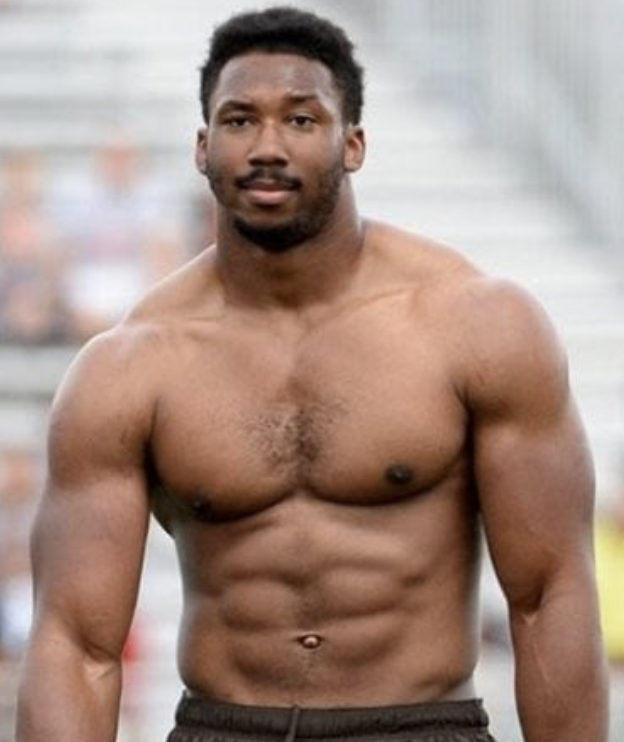 Waking up on a beautiful Cinco de Mayo, I had just decided that this was the right day to attempt to do 1000 pull-ups.

Rewind about 1 month. A good friend of mine Chris Wooley from Corunna, had told me about his crazy pull up workout of 500 pull-ups in 50 minutes.

That made me want to do something substantial, but I didn’t know what.

With sir Wooley being more of an upper body guy than myself (bigger than a stereotypical distance runner but smaller than the average dude) I didn’t know if taking his workout would work.

I never found the true motivation around running, but I knew I wanted to push my body in a different way during this quarantine.

My coach, Mick Byrne, had given me the suggestion after a few nice weeks of mileage to take a lower week with finishing exams and working the golf course as well.

BOOM! Green light to do something irrational!

I had known this was the week to try the pull ups, and Tuesday lined up perfectly with no exams, no work, no need for anything specific as a run.

I got up at approximately 8:13, took a deep breath, faced my own stupidity and decided that it was the day, and at 8:20 I was on the bar grinding.

To face the music right away, I did a combination of pull-ups, chin-ups, and neutral grips to get the 1000. I certainly used my legs for momentum the farther we got into the challenge. I could not do 1000 perfect form strictly pull-ups in a day.

Got some water, got my breakfast things around and cranked another 50 before I ate my omelet (my special).

Took some time to play clash of clans, eat food, and relax for a little while. Then back to the grind.

I take a few time-lapse videos due to a few people doubting I was actually doing the work. I have evidence if you have trust issues.

Then I begin my next strategy to help with the workout. Playing NBA 2K20.

How does this help you do pull-ups? Oh, let me tell you.

Each game that I would play, I would rack up some pull-ups without directly thinking about only pull-ups. When the other team shot free throws, a time out was called, or a quarter had ended I would do 5 pull-ups.

The first 2K session I decided that I would do 10 after the 1st quarter and at the half as well. Something in about 3 hours I would not have dared to do.

My body was weakening, and I had to find a new strategy to help me continue on. This is where the 15 special came around.

I was on great pace, by 12:33 but then I ate lunch and formulated my plan to run with Olin hacker later in the day. I knew I had to get above 600 before the run, because I wanted to be turning a few corners by the time I was done running.

Arguably my best session of the day comes after lunch when I hit 8 of those 15 specials and jumped from 485 to 605. I was feeling good about my spot, however, the fact that I still had essentially 400 pull-ups weighs on a man.

Before Olin and I began our run at approximately 2:40 I found it in myself to toss another 60 on the board to get me to the 2/3 mark. Those were a grind but I felt that those would be an important 60.

The run was odd. I could not move my arms normally. My legs were fine, but my upper body was so outside of the natural. Olin laughed at me for a few miles, and I tried to find a comfort. It was impossible.

I returned to the house and Seth Hirsch decided that I should get right back on the bar. I was against that as my arms went from constant fire and movement to running in a 50 degree light rain. My body was all over the place.

I let my body slowly heat back up, change a shirt, and get back to it.

BANG! 75 knocked out. I don’t feel refreshed but I think the run may have helped move some blood around and help me recover somewhat.

I take a shower, brew a nice cup of half-caffeine Joe (thanks to my parents for the coffee maker) and go talk to the boys.

I get back to the bar, and soon enough I find out, that the shower may have helped me feel better, but physically I was still exhausted. There I was, pressing on anyways. 90 more down, 830 total.

Now I begin to receive texts from co-host Ben about recording a podcast in about an hour. I was not pleased with the timing of this. However, I was undeterred, I had come this far, I HAD TO FINISH!

I am playing 2K and doing pull-ups again when Ben confirms that the podcast is locked down and now I have to try to figure that out too.

My hands get absolutely torn up just as excitement starts to grow, a chunk of skin right below my left hand ring finger rips up, and brings fear into the equation.

The pull-up bar… once a friend… a change of style… now the enemy!

Through consideration and advice from my roommates, we put the winter gloves on (hilarious looking but extremely effective). Bringing my outfit to a cut-off, some basketball shorts and winter gloves (fashion is my passion).

Now we are coming into the podcast recording, Skype is up, I rip out 10 more before it. Get everything set, 80 to go.

During the podcast, I get up once and go hammer 10 more (I use these power words but in reality there was no smoothness, only grit to these ups).

70 remain, I go back upstairs to see what the fellas are doing, and let them know the number.

The first 5 I do when he is there I nail, best set since before the run I would say. My morale is up, I think I have hit the adrenaline point where I am just going to close it out because I know I am close.

Boy was I wrong. The 5 from 30 to 25 were hell on Earth. I am dying, heart rate is explosive at this point. Seth is laughing at me.

I decide it is time for me to finally order dinner as we are past 8:30 approaching 9 o’clock.

I am not proud of it, but I order Topper’s wings and buffalo mac and cheese. More cost efficient and in my opinion better than the pizza. This is because Topper’s is very close and at this point I have only eaten granola bars, chips and hummus, and trail mix since my run.

Seth is beginning to snap chat a few videos of me. Gloves on, struggling, enjoying the near completeness of what once seemed like an impossible task.

I had made a plan, I was going to finish it up with the strategy of 5 neutral grip, 5 pull-up style and then throw all my chips in the pot for an unbroken 10 chin-up style to close out 1000.

5 down. 5 more down. Now the 10 unbroken. Seth helps to hype me up by playing Spirit in the Sky and now we get down and dirty.

Out of the gates hot, I am using everything I have got, grit and grind is the method of the madness. I surpass 5 for the first time since before rep 400 and now 6… 7… feeling like I can close it… 8… I go and nothing happens. Complete give out.

I decide just hopping back on after a swig of water and I go to rip it out and nothing… I can’t pull my body up at all. I swing my legs, nothing, my arms are locked and nothing is moving up toward the bar…

Could this have been it? Did my body give up this close to the goal.

I try again… nothing…

I get back on the bar… determined… EYE OF THE TIGER! Get some momentum and get rolling, 1… working up… still pulling… swinging legs… everything I have… chin approaching… body trembling…

BANG! I get over the bar! Challenge completed.

A very anticlimactic feeling. You finally complete this very long goal, but it takes place over such a long time, not much for a witness pool. Lots of self pride. I am very happy but it is much different than running a PR where other people are around you and you have people supporting you.

This is you against yourself in the purest form. It is about what you do when no one is watching. This was war.

I have achieved that ever elusive victory within.

I go pick up my food, eat it, enjoy it, and begin just winding down and watching some Netflix.

I make a birthday video for a great friend Seth Ferzo. You can find it on TikTok if you truly want to.

My body becomes more and more in pain the more I sit around. Everybody warns me of the pain that is coming the next day. The terror.

Fast forward to today (the day after). I wake up, rolling over hurts, sneezing hurts, washing my hands burns, sitting down slowly hurts…

Not as bad as I was expecting however. I can lift my arms, I can’t straighten them, and the continued idiot that is me decides to play basketball with Morgan McDonald this morning.

Needless to say range of motion was poor and the game of H-O-R-S-E left me a sorry loser with a broken shot (not far from the true self).

Fast forward to now. I am working at Glenway Golf Course. I have tried to lift myself onto the counter a few times to sit and it was horrible. I have tried to twist, which was also horrible. Physically my body is achy and sore, but not to the point where I can’t even comfortably work.

To summarize any odd take away I have had from this:

In all seriousness, push yourself, try something new, have fun with things that you are doing and take this opportunity to work on something you typically would not. 90% of the time it will be worth it!

P.S. How was my David Dobrik style click bait title?

P.P.S. Thanks to Carter Lovejoy for showing me to David Dobrik’s YouTube channel, they are entertaining videos!